Did you know that coroutines were invented about 50 years ago?

A coroutine is a function that can not only return but also suspend somewhere in the middle and resume later from that point. Coroutines are implemented in Kotlin, an open source, modern, pragmatic and statically typed, multiplatform and JVM programming language.

We’ll use coroutines as the remedy for the callback hell problem of non-blocking server-side applications, graphical, mobile or client applications.

We see how to write an equivalent code a linear looking code with suspend functions. You’ll learn how to apply Kotlin coroutines for your existing project independently of JVM version. 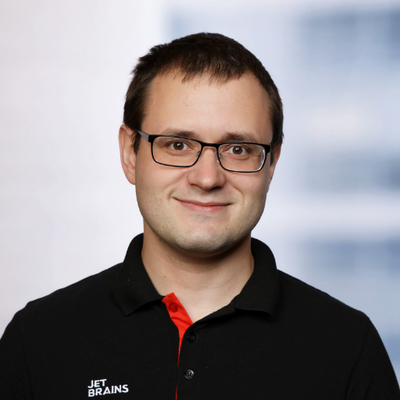 Eugene is a developer at JetBrains, software developer, speaker, and blogger. His interests include software development, distributed systems design, cloud computing, and programming languages. Eugene holds a PhD in computer science; he writes code in Kotlin, Go, Java, C/C++, Kotlin/Native, and JavaScript. A Kotlin fan for years, he started using Kotlin before 1.0 and completed his first production Kotlin app back in 2013.